Getting in front of a camera can be nerve-racking. Not everyone is a natural. This is why we offer support and coaching throughout your shoot or filming process. - You've got this! - Having headshots that stand out is important. We want them to showcase your best YOU. When you book a session with us we won't stop taking pictures until you get those winning shots!  - Let’s have some fun!

Our main service is headshot photography. We work with professional camera and lighting equipment while still keeping our prices affordable. In recent years, we have expanded our services to include video. Our most popular service currently is the selftape audition. As working professionals ourselves, we take into consideration all current casting standards. Whether it's film, television or theater, you can trust that we’ll steer you into the right direction. We hope we can become your One-Stop-Shop for all your photo and video needs. If you have any questions reach out anytime via email at [email protected]

Adam Smith Jr is the ultimate Actor Practitioner whose career accolades include a collection of work on film and television, and as a coach and academic, cinematographer, photographer, director, and theatre producer.  Most notably as an actor he has appeared in a variety of Off Broadway productions as well as acclaimed TV shows such as The Blacklist, Billions, and HBOs Divorce.

His passion for education has led him to create opportunities for young aspiring artists who are eager to pursue a career via his advanced on camera acting class, The Brownstone Class, and his full service photography, videography, and personalized actor coaching company, Adam Smith Headshots.  More recently, he has been sharing his talents with local universities and arts academies.

As a theatre professional, Mr. Smith has performed an array of roles in summer stock and regionally, but his most profound work is in the Off Broadway arena where he directed Tom Sime’s production of Bloodletters as well as the Oh Nine! Reading Series staring Deborah Harry and Jan Buttram.  Most recently, he served as a producer for the Trial on The Potomac, starring Rich Little and served as the associate producer for Metamorphosis, starring Maria Caruso.

Beyond his creative prowess, he has a passion for arts administration.  He has served as the Director of Public Relations, Marketing and Advertising for the Oklahoma Shakespearean Festival.  Since 2011 he has worked for The Shubert Organization as Treasurer, and maintains an enduring professional relationship with the family and organization.  Additionally, he serves as Treasurer and Associate General Manager to West End Artists’ Broadway legend, Edmund Gaynes.

Based in New York City for the past 23 years, he holds a Bachelor of Fine Arts in Theatre Performance, a Master of Science in Speech Communications, and is a graduate of The American Musical and Dramatic Academy. 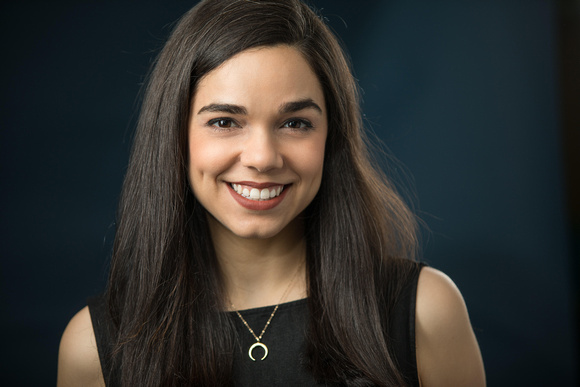 Lorna Pérez is a singer and actor. Originally from Puerto Rico, she has a Bachelors of Music from the Music Conservatory of Puerto Rico and is a graduate from CAP 21 (Collaborative Arts Project 21). She most recently appeared Off-Broadway in Swing! the Musical. Lorna is responsible for the web and art designs as well as social media presence of Adam Smith Headshots.

Announcement: As of January 26, 2021, we will require partial payment to be paid at the the time of your booking. The remainder will be collected 1 day before your shoot.